Ready to travel to Savannah? Check out these resources, learn more, and plan your next trip here.

Plan Your Next Savannah Georgia Vacation
With Our Savannah Travel Resources

Savannah, Georgia, is a jewel
and one of the south’s most beautiful cities,
is perfect for a weekend getaway.
The city has plenty to offer for kids too!
From a Hands-on History Museum to a Children’s Zoo,
this historic city has many kid-friendly attractions.
If you’re headed there for the first time,
these Savannah Travel Tips will help you
discover Savannah’s best sights.
And what it offers families with children –
from where they should stay to which activities
they could do while visiting.
Or see if it meets their needs as well. 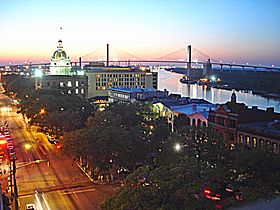 The Other History of Savannah.

The history of Savannah can be somewhat complicated.
However, we hear one version most often
about a city founded in 1733 along the Savannah River
and laid out in squares by founder General James Oglethorpe.
This final American colony was named Georgia
after King George II of England.
During the antebellum period, Savannah became a wealthy and prominent city.

But there is another history that’s not as well-known to Savannah,
which deserves more attention.
Savannah Travel Resources will help you discover more.
As it is also part of Savannah’s history.

Here are more than 12 places that can help you learn
more about the other history.