Looking forward to your next vacation in Savannah? We can’t wait for your trip to the “Hostess City”! Visitors to Savannah have tons of beautiful spaces, historic buildings (haunted or otherwise), parks, squares, and hidden gems to explore. A city as old and historic as Savannah also has many monuments within her borders, and the most popular are certainly a “must see” on any visit: the “Waving Girl”, and The “Bird Girl”, and the monuments in beautiful Forsyth Park, make the list for sure. But there’s a scattering of cool monuments in Savannah that you may have missed that are worth checking out. On your next excursion in the National Historic Landmark District of Savannah, be sure to put these lesser-known monuments on the checklist!

This is part one of an ongoing series about Savannah’s monuments. Check back for more! 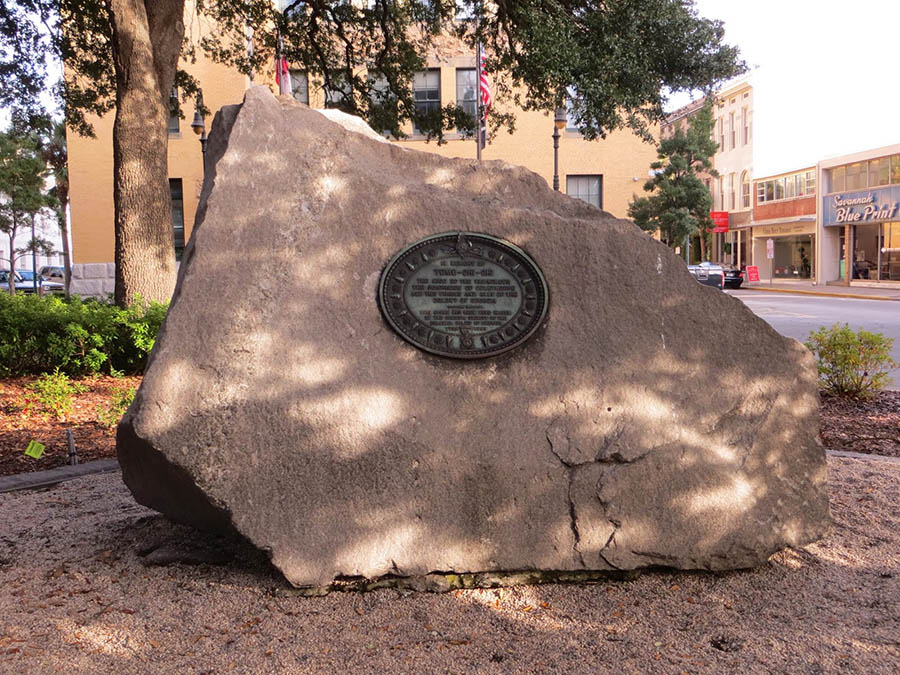 Tomochichi’s Monument is located in Wright Square on Bull Street

General James Edward Oglethorpe gets all the credit for creating the 13th colony we know as “Georgia”, when he founded Savannah in 1733. But the actual location of our great city was given to us by the exiled Creek Indian leader Tomochichi, chief of the Yamacraw tribe, who were here long before the English arrived. 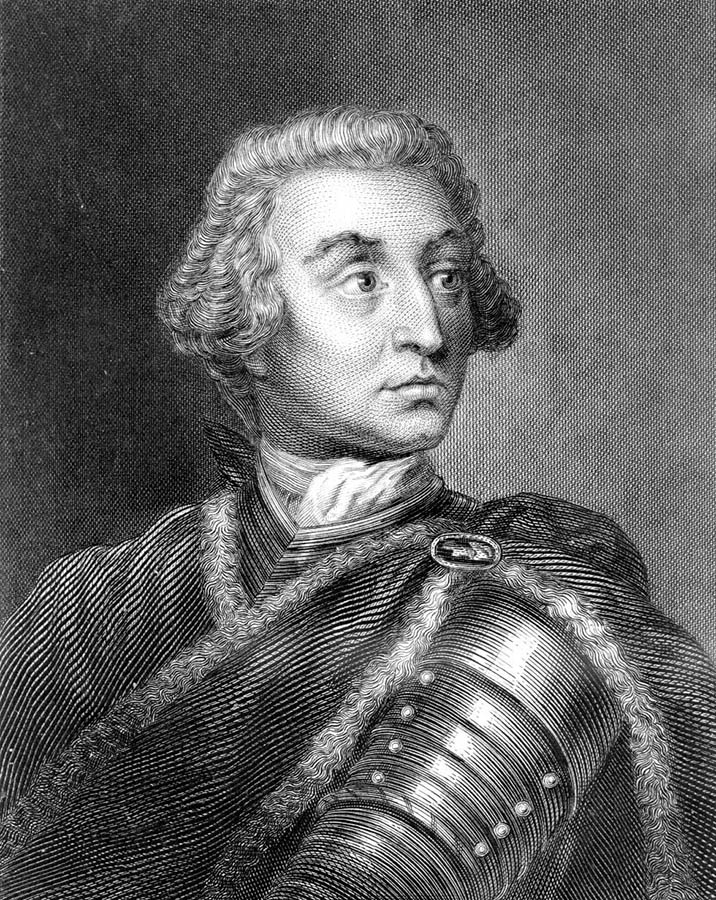 Tomochichi, Oglethorpe, & The Founding of Savannah

General Oglethorpe was wise enough to seek out and entreat with the natives before landing. After crossing the Atlantic, and arriving in Charlestowne, he ordered the ship Anne to dock in Port Royal, the southernmost outpost in South Carolina (near present day Beaufort). 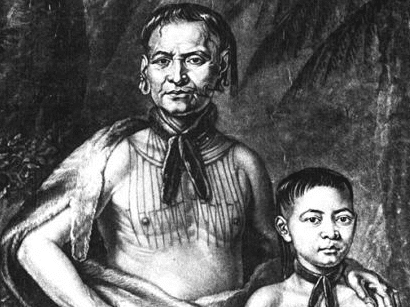 The colonists greeted the ship joyously, for the new settlers were to form a new territory, which would provide a buffer between Port Royal and the enemy Spanish further south in Florida.

Tomochichi had left the Creek Nation and formed his own tribe, made up of about 200 Creek and Yamassee people. They had settled the bluffs on the Savannah River, which was both the burial grounds of their ancestors, and close enough for trade with the English and Spanish.

Though Tomochichi had many options for dealing with the English, he chose to trust Oglethorpe and forge a friendship. He instructed Oglethorpe to bring the ship Anne south and enter the Savannah River. Oglethorpe landed the ship and founded the city of Savannah on Yamacraw Bluff. They negotiated a treaty, and Tomochichi gave Oglethorpe the land.

Tomochichi was a great friend to Oglethorpe and the settlers of Savannah. He negotiated for peace, fair treatment, and trade between our peoples, and even traveled back to England with Oglethorpe to meet King George at Kensington Palace!

The borders of Georgia exist today in part because of exploration to the south, which was led by Tomochichi and Oglethorpe. On the same expedition, Tomochichi helped to mediate relations between the English and the Spanish.

In the summer of 1739, Oglethorpe was allowed deep into Indian Territory to Coweta, where he was able to strengthen relations with the Lower Creeks. His safe passage so far into Indian country and back was without precedent at the time.

Without the constant assistance Tomochichi provided to Oglethorpe and Savannah, the new colony of Georgia might have been overrun by the Native American nations, or the Spanish.

To be sure, without Tomochichi, Savannah would not exist where it is today.

The Death of Tomochichi

No birth records exist for Tomochichi of course, but historians generally agree that he was aged somewhere near his 90th year when he died on October 5, 1739 of an unknown illness at home in his village.

The colonists of Savannah mourned the death of Tomochichi with a public funeral in an English military ceremony.

His body was brought from Yamacraw Village to his English friends in Savannah, where it was buried under a pyramid of stones, in the center of Wright Square. 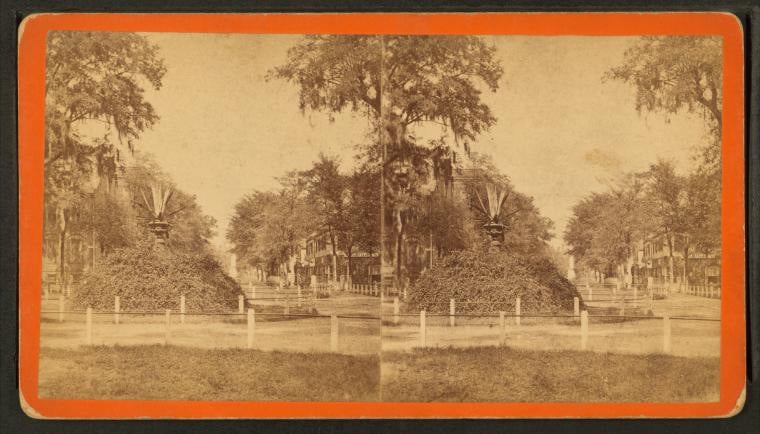 The Desecration of Tomochichi’s Grave

The “Pyramid of Stones” which served as the grave-mark and monument to Tomochichi, had degraded to a mound of rocks when it was removed in 1883. The Central of Georgia Railroad Company destroyed Tomochichi’s original grave site to build a monument on top of his body -which exists today- in honor of it’s deceased founder, William Gordon.

Outrage grew, and in 1899, Gordon’s own daughter-in-law, Nellie Gordon, with help from her friends in the Colonial Dames of America, endeavored to secure a new permanent monument to the Chief Yamacraw Indian. 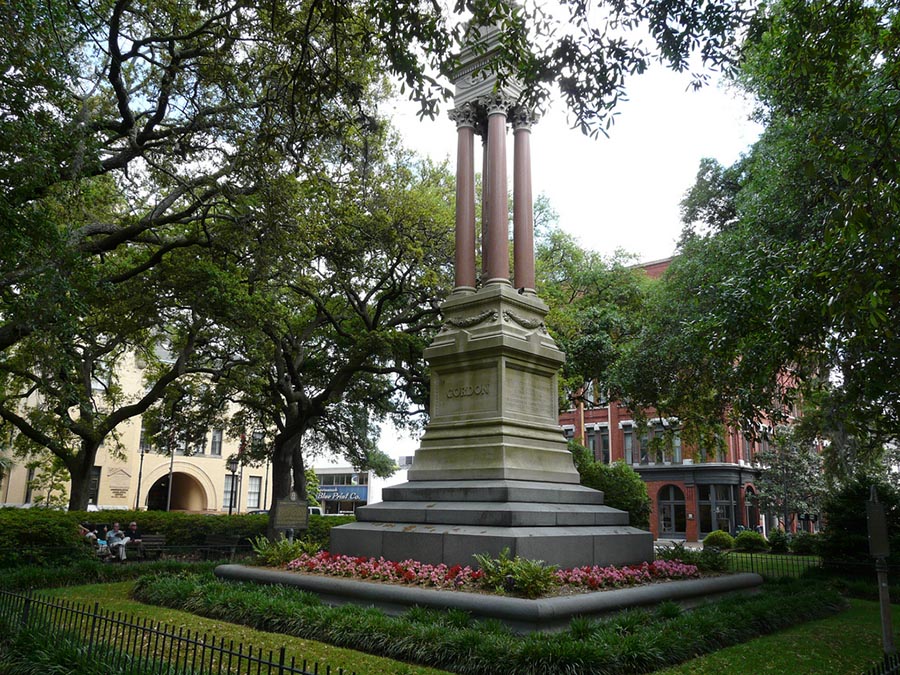 She wrote to the Stone Mountain Company, explaining the situation and inquired of the cost of a suitable piece of Georgia Granite. The company replied that they had a perfect boulder, but that the cause was so worthy that the cost would be free, and since her father-in-law had been president of the railroad, shipping would be free as well!

Nellie replied that the offer was appreciated, but that the monument would be the Colonial Dame’s contribution to Savannah, and would they please send a bill.

When the boulder arrived in Savannah, the bill was for one dollar, payable in full on the “Day of Judgement”. Mrs. Gordon wrote back that since the Colonial Dames would be busy that day, she’d rather just go ahead and pay now, and enclosed a dollar.

So a very large, very heavy piece of granite was taken from Stone Mountain (near Atlanta), and placed adjacent to the buried body of Tomochichi. On the granite boulder is a round tablet of bronze, encircled with arrowheads and Cherokee roses. It reads: “In Memory of Tomochichi – the Mico of the Yamacraws, the companion of Oglethorpe, and the friend and ally of the Colony of Georgia.” 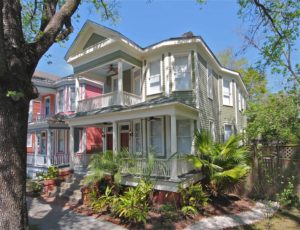 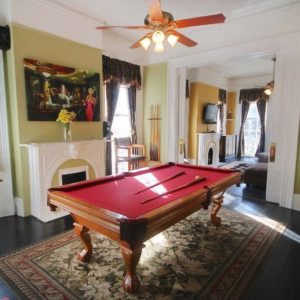 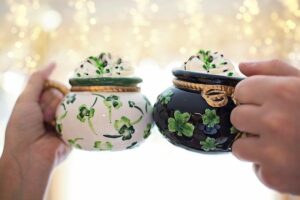 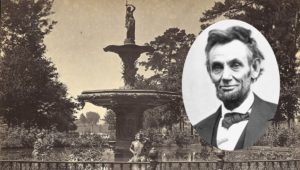 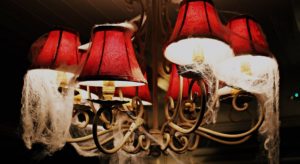 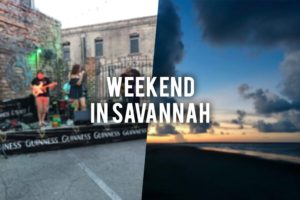 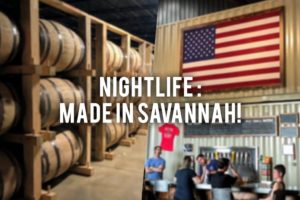 The nightlife scene in Savannah has always been hot: to-go cups, tons of bars and clubs, and 80 degree midnights! Visitors to downtown Savannah at