It was on December 22, 1864, that Abraham Lincoln received a gift from Union General William T. Sherman.

For nearly six weeks, nothing was heard from Sherman during his famous “March to the Sea,”
a military campaign to frighten Georgia’s people and convince them to abandon the Confederate cause.

Sherman finally sent a telegram to Lincoln to inform him of the army’s success, reading in part,
“I beg to present you as a Christmas gift the city of Savannah with 150 heavy guns
and plenty of ammunition and also about 25,000 bales of cotton.” 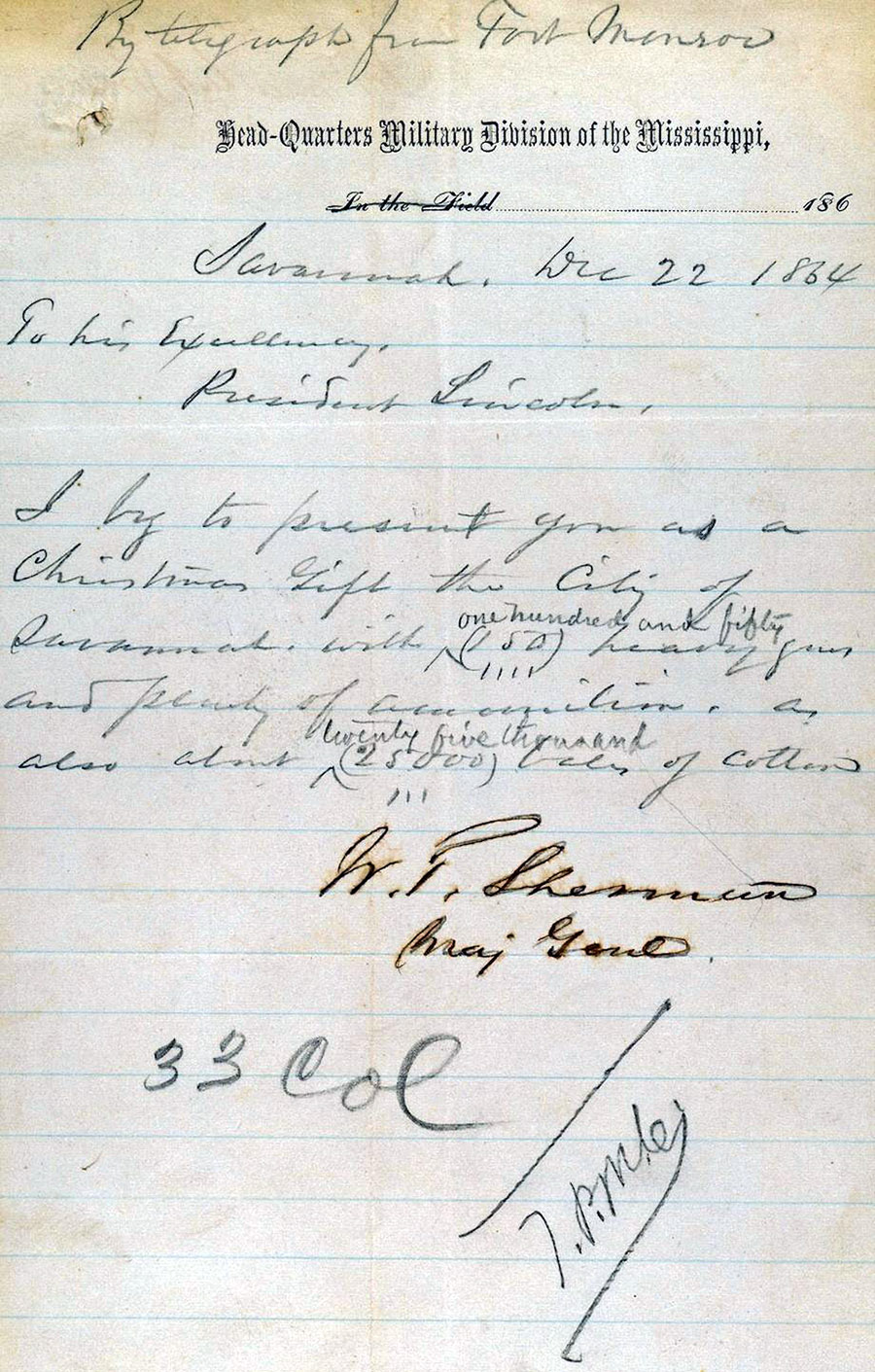 Telegram from General William Sherman to President Abraham Lincoln announcing the surrender of Savannah, Georgia,
as a Christmas present to the President, 12/22/1864.